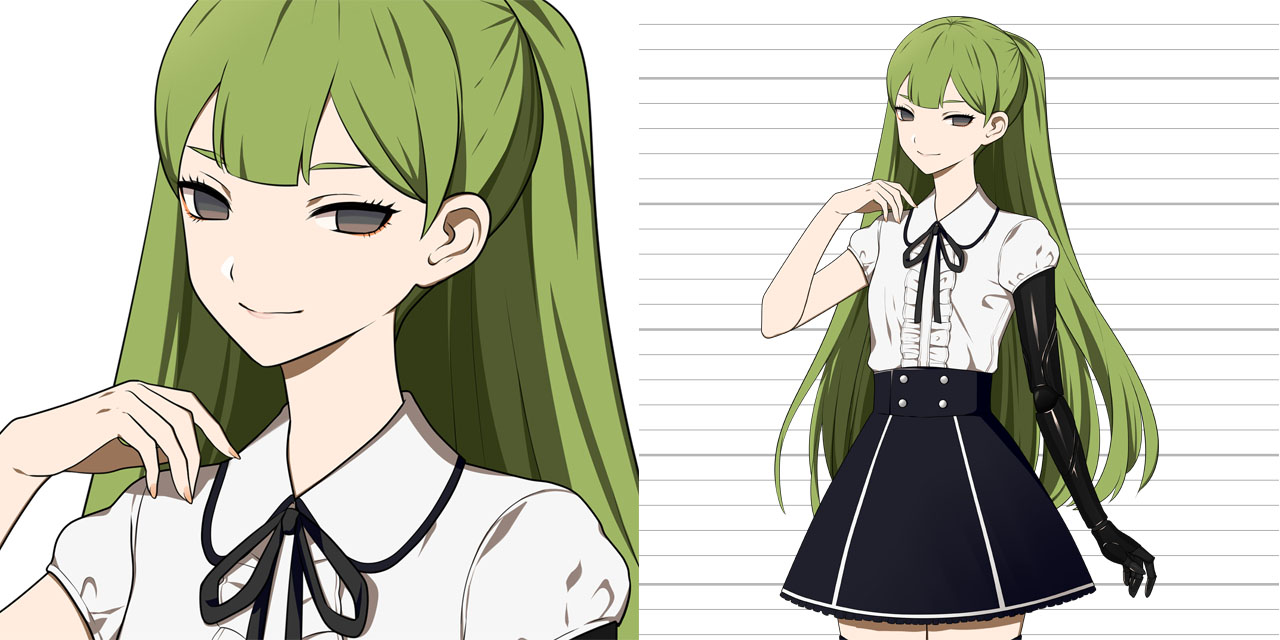 Despite being born with a physical handicap, joined CYGNUS.CC as a child actress for their musical productions. A prideful young lady with an unyielding spirit. However, due to a sudden disease she lost her voice. Artificial vocal chords were made for her but she was no longer able to sing the way she used to before. Eliza had lost her place on stage.

​​The pain of this experience lead her to refusing any form of contact with others. That was until Navi and Maya suggested for her to, instead of yearning for her old voice, change the music and her singing style so that her new voice would be able to shine on its own. From there on she slowly started to come to terms with her new voice and gained her place back on stage in the front lines. A unique existence, much like a living Vocaloid. Her voice, at first a handicap, had become her strongest feature.

Ever since, she has been leaving the maintenance of her artificial parts to Shinya and started to work with Rainie and Sunnie in the 3rd Dance Division. She is being doted upon by everyone as the Division’s little sister. Despite her tough attitude she is rather fond of cute things, a fact she keeps a secret.