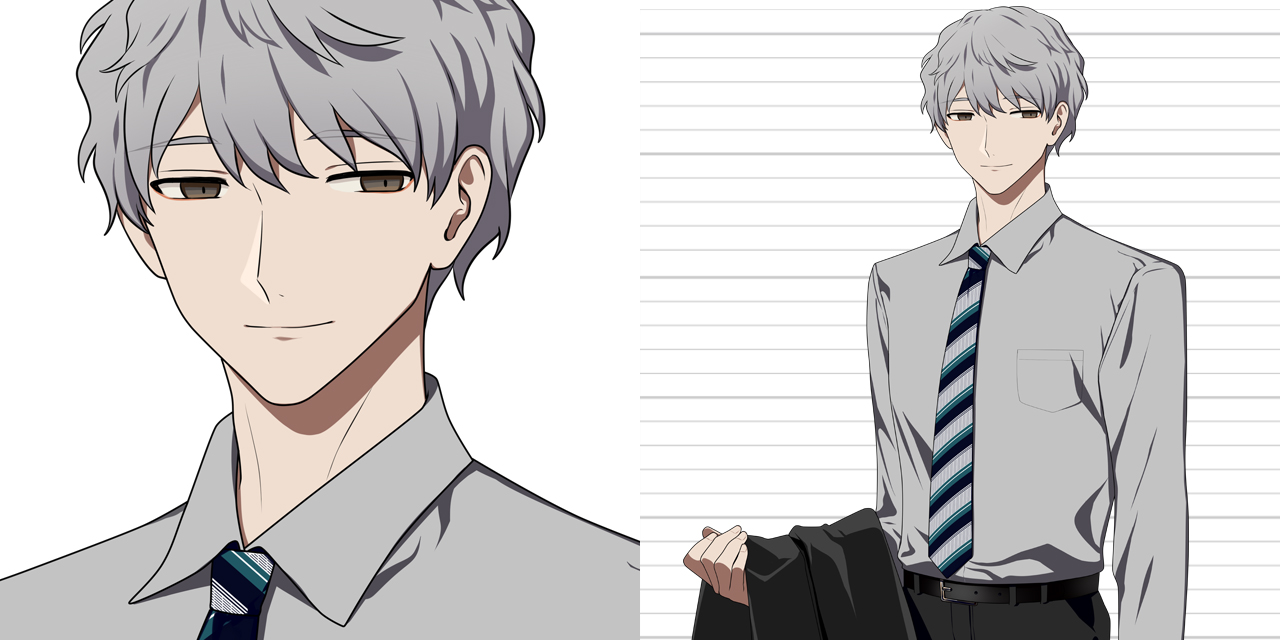 An officer of the National Police Agency. A rather eccentric individual that actually wanted to become a lawyer but, after learning about Watase Nagisa’s mysterious death during his study abroad in America, decided to become a police officer instead.

​​Officer Shiraishi has a calming and gentle personality. From time to time, however, he shows a side to him no one really seems to grasp. Benevolent, gentle, incredibly skilled and a little mysterious, amongst his colleagues Shiraishi’s known as “the Arch Angel”.

​Shiraishi is married and has 2 daughters.

​​Masanori Shiraishi was born in Kobe and raised in an ordinary household. As the Shiraishi house had a prestigious name to itself in their hometown, it would often happen that prominent figures would come over to visit, amongst whom Watase Nagisa.

​Watase Nagisa’s natural kindness and charm together with her cold, absolute presence on stage bewitched the young Shiraishi, and in his young heart became an existence he deeply admired.

​Even though she was such an admirable existence she was suddenly arrested and not long after, came the announcement of her death…

​In order to investigate this case, Shiraishi had worked his way up to become a police-superintendent at a remarkably young age. Amongst the possessions Nagisa had left behind, one journal had mysteriously vanished. Seeing this as a possible clue, Shiraishi searched for its whereabouts, but was caught and severely admonished by his superior who had noticed the odd patterns in his behaviour.

​During this time of despair, wherein Shiraishi found his every path to an answer blocked, CYGNUS.CC’s fleet docked in Japan.
​Walking the streets he found a poster depicting a girl who uncannily reminding him of Nagisa, her name was Rainie Lan. Shiraishi developed an interest in this person in whom he could trace Nagisa’s shadow.

​As it so happened, Shiraishi was to board CYGNUS.CC’s passenger boat due to work-related matters.

​On board, he met the illusionist, Navi (Higashino Kouichirou), working as a dealer on the ship’s Casino Floor. Unaware of Navi and Rainie’s relationship, Shiraishi started to interact with Navi.

​During their exchange, the subject of Nagisa’s death unexpectedly came up. This is where Shiraishi realised that Navi was also investigating the truth behind her death…

​With all players present and the cards shuffled the start of a game of tactics and intellectual bargaining could begin. ​As if losing themselves to the madness oozing from the tables on the Casino Floor, the two of them skillfully manipulated the cards in their hands.

​The rules of the game were simple:
​Scramble and struggle to “Obtain the journal ‘she’ had left behind”.

​A sorrowful antinomy of two men betting on the same feeling… and in the end, the winner is…